In the both universal and sheepish pursuit of metropolitan voyeurism, windows seem to garner the bulk of attention. People stare into their neighbor’s windows, with nosiness existing under the guise of existentialism or even a Hitchcockian concern for the well-being of their neighbors.  Whilst there may be something oddly compelling in watching people sit in the dim light of their monitors or televisions, I think rooftops offer something more interesting. Rooftops may regrettably withhold the image of the fat naked man sitting on his couch in what he misguidedly deems to be the privacy of his own home, and whilst they reveal little, they carry the promise of mystery. And although people pontificate about the old-world magic of European rooftop landscapes, it is the grey tessellation of Manhattan rooftops that I like best. By day, the borough presents a multiplicity of disparate, wildly-clashing groups of people. But at some point these people must retreat into their apartments and you, by nightfall, can stare out your window and there they will be, somewhere, encased in their boxes of steel and concrete and brick. 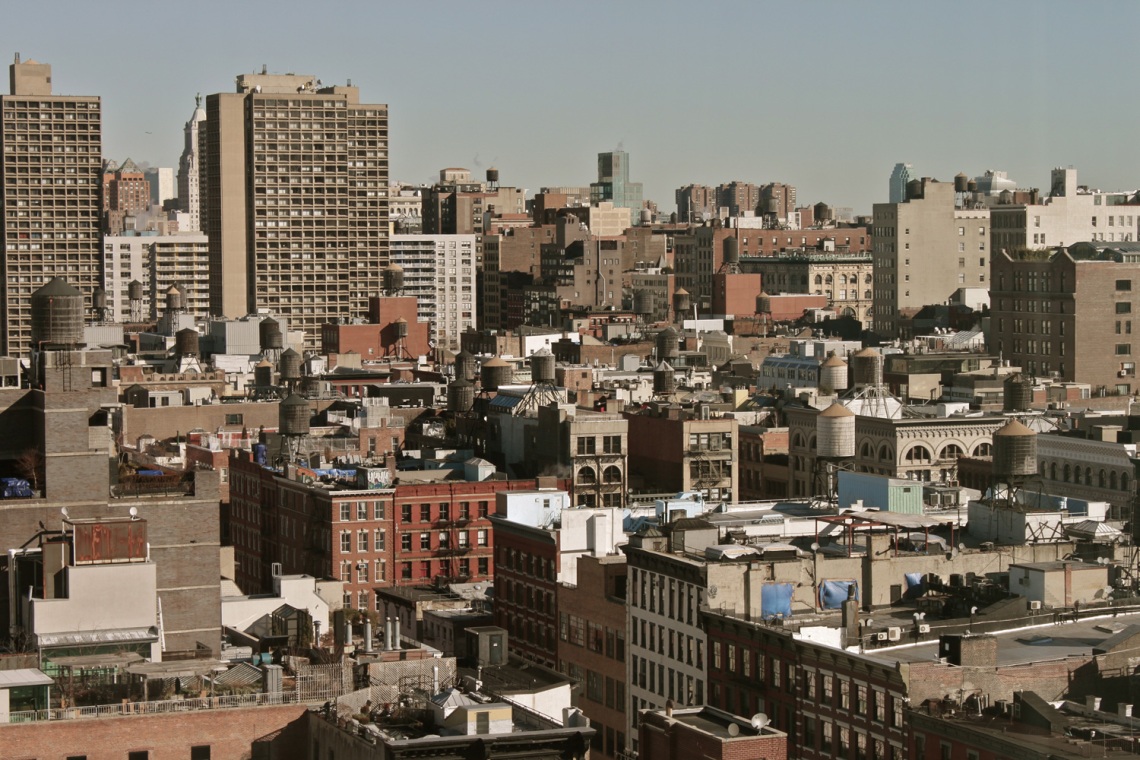 In Chelsea today I saw the exhibition of embattled artist Ai Weiwei’s “Sunflower Seeds” and once again I found myself thinking of Manhattan rooftops. Although these thousands of clay oblongs were crafted and hand painted by Chinese villagers thousands of miles away, here they are in Manhattan, housed under yet another roof. There is some symmetry to the image of these tiny pebbles and the view out of my hotel window. Foreign and simultaneously alike yet entirely unique entities finding refuge on this island, viewed from above by other foreign and alternately similar and dissimilar entities, the people of this city. It is this view from above, of both a city and these sunflower seeds that imbues a look outside the window with a charm that far outweighs the one-dimensional offerings of staring into other windows.