“On the day he is painting air, he may not be spoken to!”

Emerson called the sky “the daily bread of the eyes.”

Thoreau said that each daily walk was like strolling around an art gallery and Baudelaire classified sunsets as a series of symphony orchestras.

The way Turner made something out of nothing when painting the sky was kind of like theatre. The drama of weather.

In 1821 Constable reported to his friend the Reverend John Fisher: ‘I have done a good deal of skying’.  All foreground. Against the normal order of the picture plane. Skies usually recede. Not for Constable.

Then Alfred Stieglitz came along in 1922 and photographed a series of clouds in New York. The clouds were the heroes. He called the series ‘sky stories – or songs’ and continued to collect clouds for a decade.

So may the sky inspire… 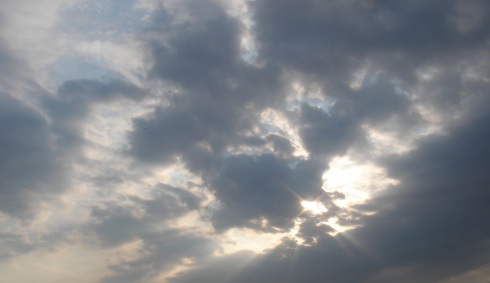 One response to “Sky lights”