“In 1977 Wolfgang Sievers photographed excavations for an underground railway station beneath the State Parliament in Melbourne. In a vaulted tunnel that could be the pupil of a dilated cosmic eye, two engineers stand on the edge of the abyss. A shaky ladder drops in the cavity where an escalator for commuters would eventually plunge. Fitting foils over his arc lights, Sievers coloured the tunnel a sickly green, while the rest of the gaping space is blood red. Cities are metaphysical places, great chains of being that extend from affluence to penury, salvation to perdition. Heaven could be a terraced penthouse at the top of a skyscraper, and hell a short, smooth ride away on the escalator that slants down to the centre of the earth. Our spiritual home must have room for an inferno.”

At Home in Australia, Peter Conrad, 2003 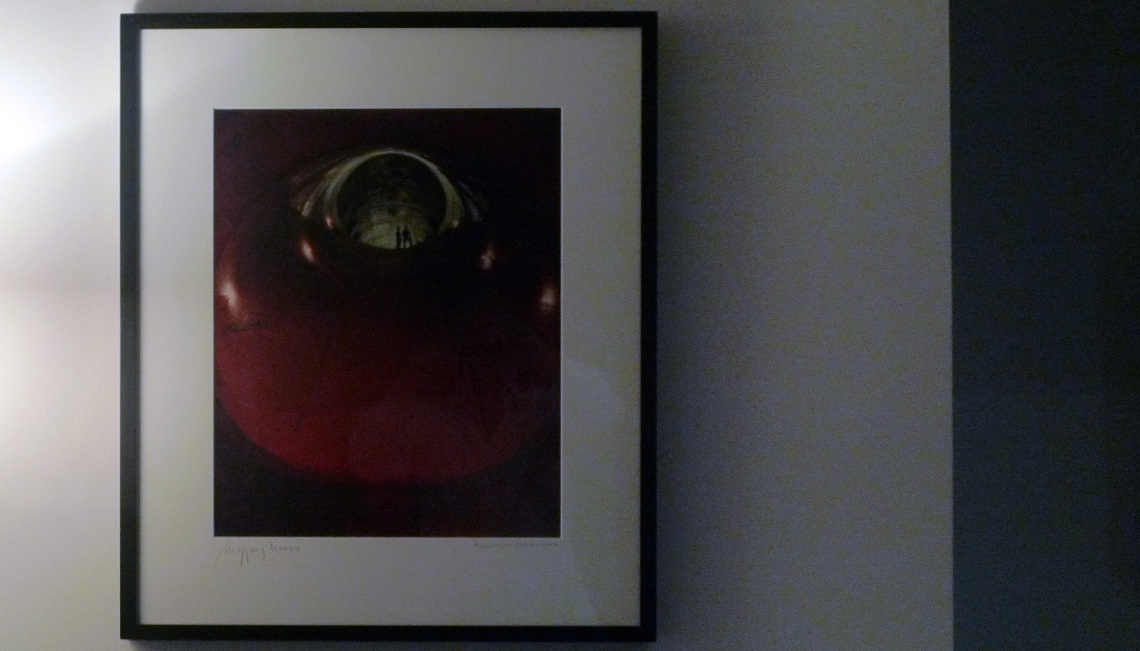