Seems a natural progression for this man to move from ikebana to garden design.

Mirei Shigemori’s gardens are beautifully tranquil. Deeply Shinto influenced – the past and the present.

His stone expertise was such that he was asked to work with Noguchi to choose the stones for the UNESCO Garden in Paris.

I also really like his interior work. A striking mix of tradition and modernity. He reused typical design elements and translated them into a more contemporary form.

In this interior he used a blue and silver grid which was then overlaid with undulating lines. 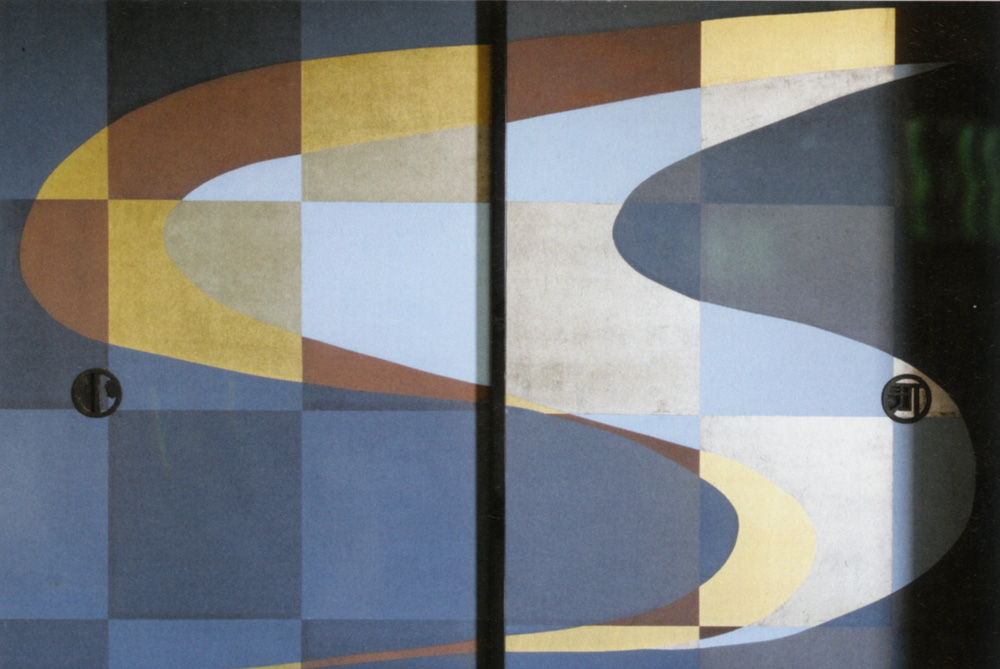 Or the grid with a moon shape on this screen.

Where could I put my own personalised finger catch monogram? 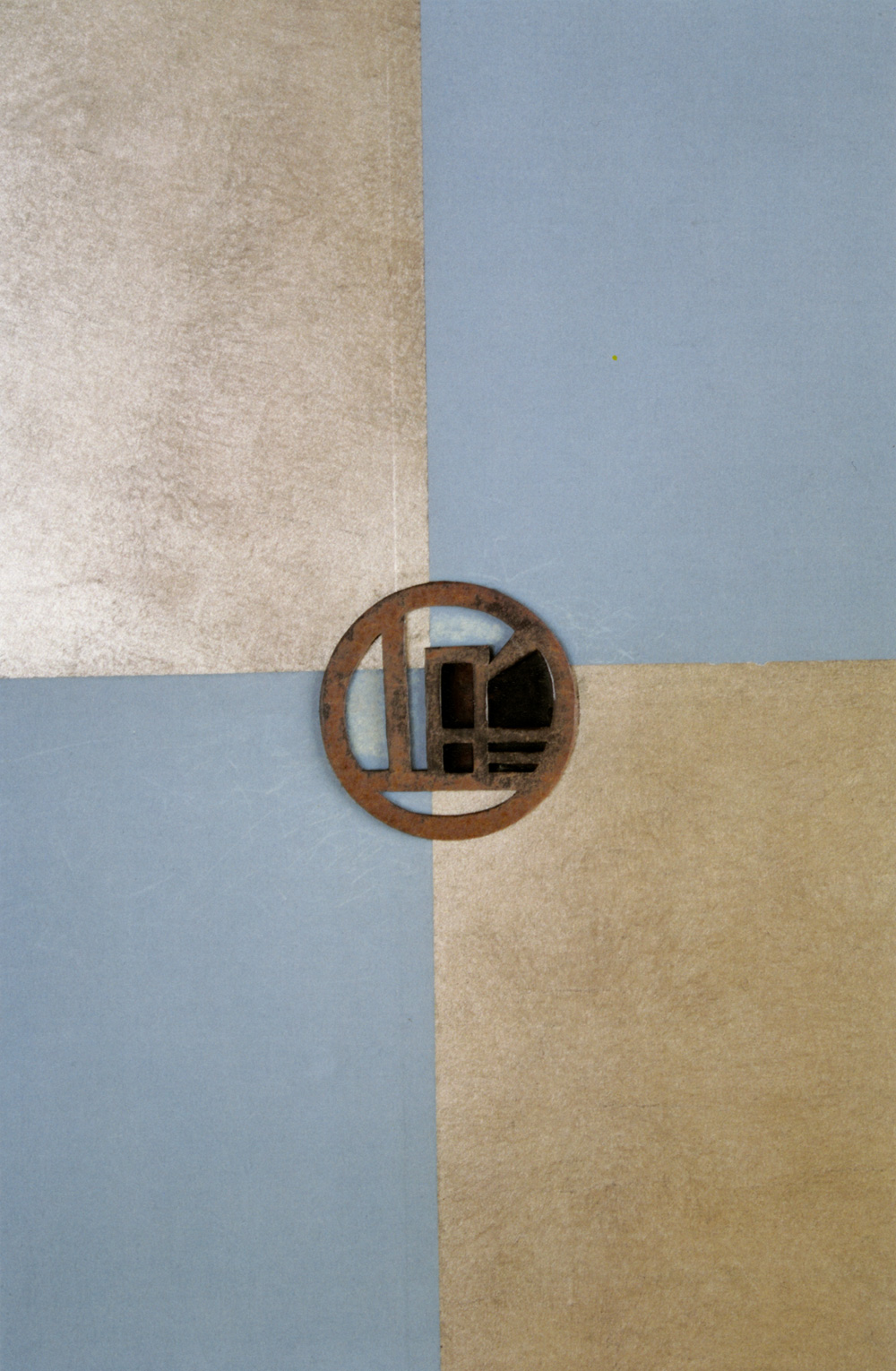