I don’t think a week passes without me thinking of decamping to the country.

I remember my first open air painting at Noreuil Park on the Murray River in Albury. I was pretty excited with the outcome.

Just for the heck of it here is a photo of Noreuil Park c 1950s. 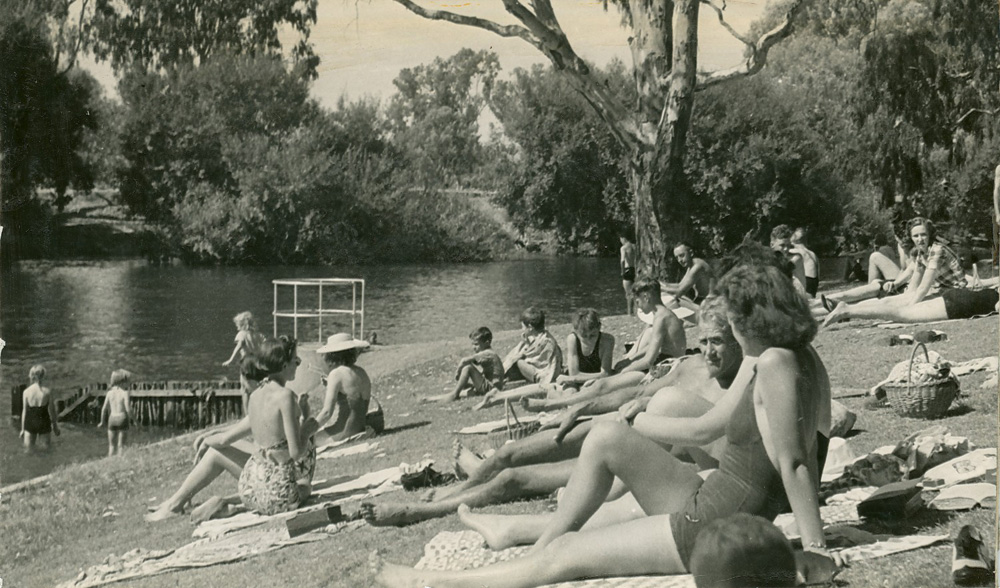 And here are the Box Hill boys having a good old time preparing to paint up a storm in the outdoors. 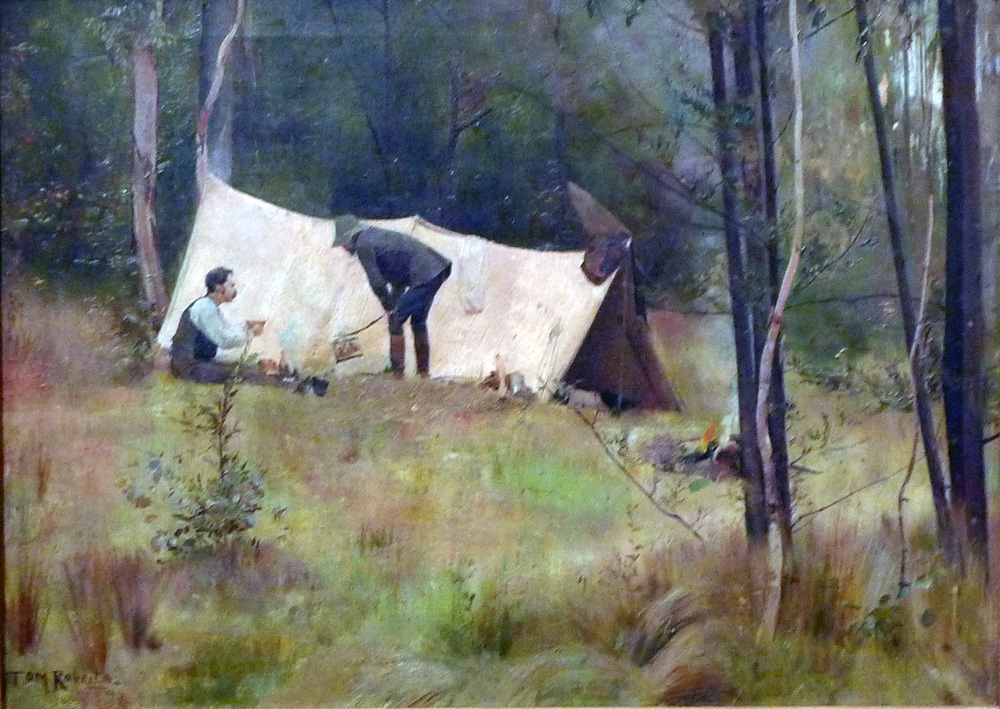 Roberts, McCubbin and Streeton would escape to Box Hill on the weekend. It wasn’t too far and they could catch a train.

Tom Roberts’ sentimental poem captures these manly expeditions into the outskirts of Melbourne.

Happy Box Hill … ti tree along the creek – young blue gums on the flat bit alongside, and on the rise, our tent. The evenings after work – the chops perfect from a fire of gum twigs – the “good night” of the jackies as the soft darkness fell – then talks around the fire, the “Prof” philosophic – we forgot everything but the peace of it. (Jackie was slang for Australian Aboriginals.)

I like the painting technique of the landscape. I don’t think much of the tent. And the figures seem a bit awkward to me. Actually I don’t think I like this painting very much.