Oohh I like feculent fringe. Are they the dangerous classes in the background? 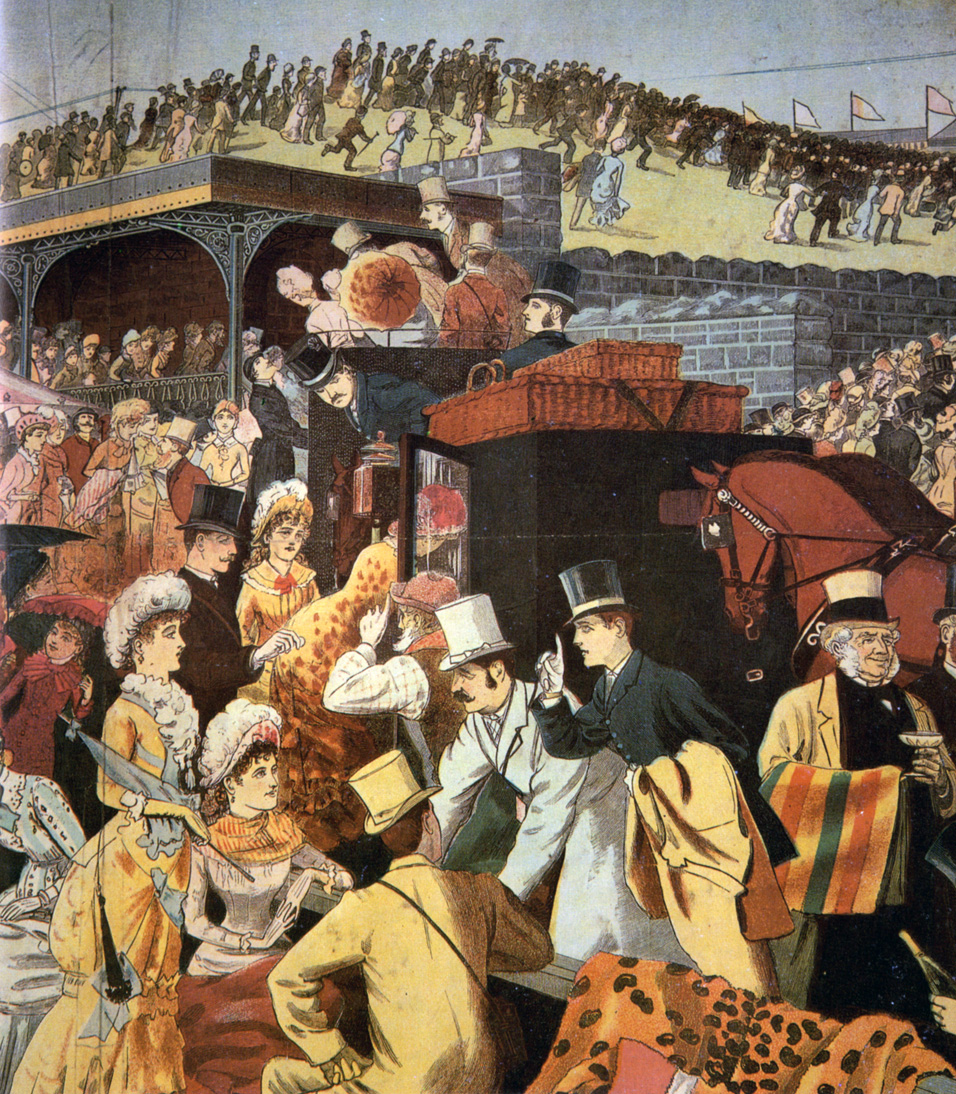 | After the Last Race, The Illustrated Australian News, 1882 |

In 1887 The West Australian newspaper captured the lead up to Cup Day.

The gay season is just about to commence. The air is rife with balls and rumours of balls, not to speak of races, garden-parties and last, not least, amateur theatricals! The Cup is at hand, and the city is full already of country cousins come to view marvelous Melbourne and the sights thereof.

St. James’s Gazette has recently published an article on ” The Australian Women,” in which she is accused of an inordinate love of dress. When one sees the gowns being made for ” the Cup” one is inclined to concur in this opinion.