I’ve been thinking about sheep. Came across this smouldering still from The Squatter’s Daughter, 1933. Land of the golden fleece. The film was based on a popular Australian play from 1907.

The director Ken Hall liked the idea of controlling trees by pulling them down (and controlling women). 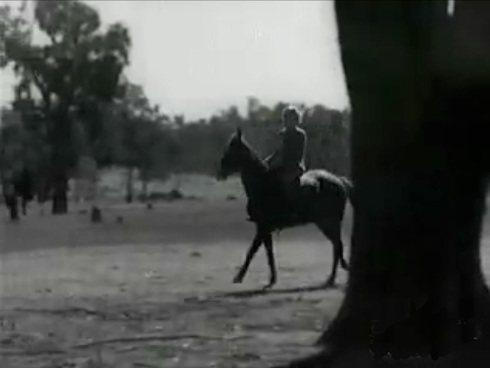 The Examiner in Hobart had this to say about the film: Not the least of the attractiveness of “The Squatter’s Daughter” is the fact that it contains many scenes that are typical of one of our greatest pastoral industries.

The industry of blowing stuff up?