More from the wonderful collection of Chinese art at the National Gallery of Victoria.

There are a couple of green-glazed pieces in the collection.

This sort of glazed ware was invented in China and reached its pinnacle of beauty in the Song Dynasty (960-1127), a period known for its connoisseurship and art collecting. The intellectuals and scholars educated in Confucian classics were running the show.

These pieces are so restrained.

The bowl below is called Jun ware. The colours of Jun glazes have been compared to the sky, the moon and the bellies of fish. 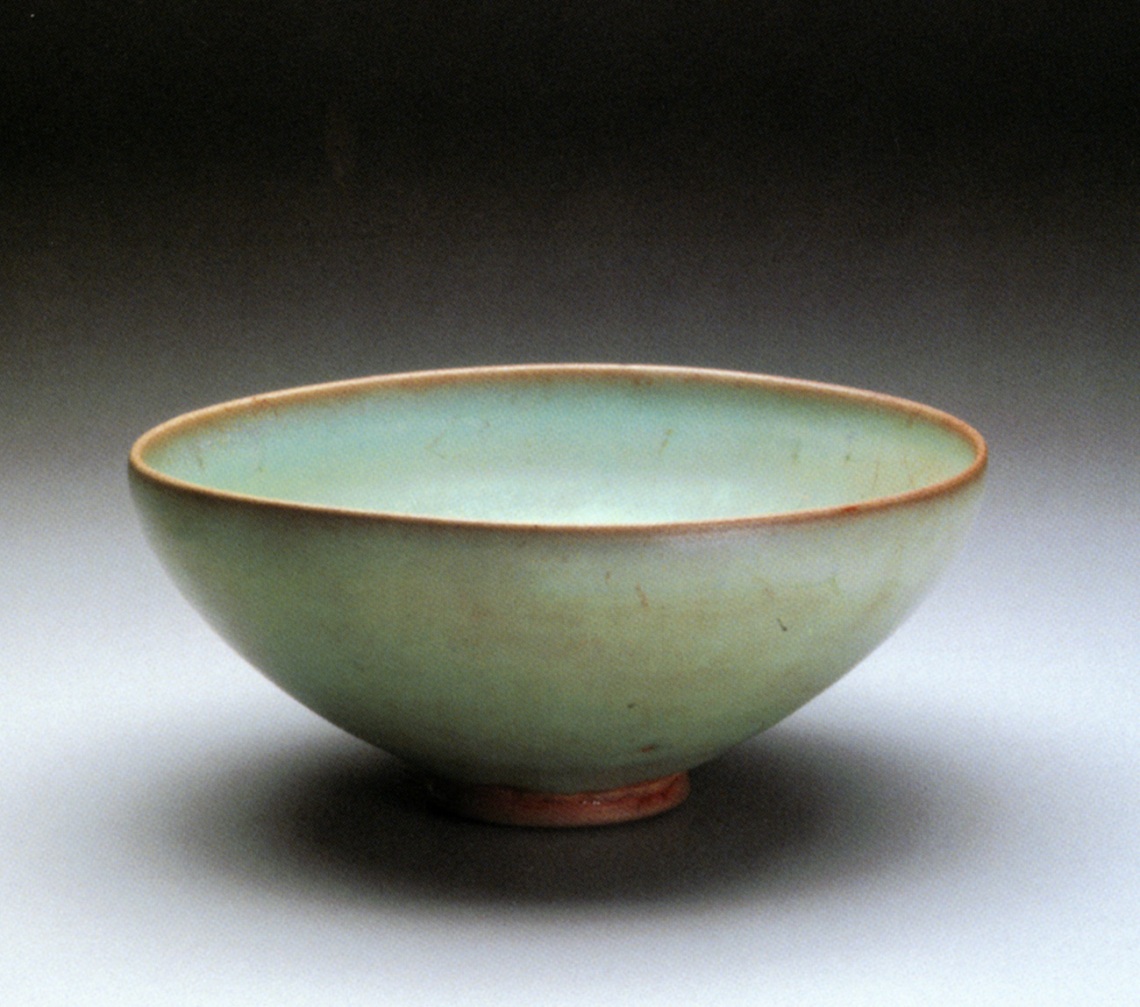 A slightly less refined type of green glaze ware at the NGV is this Yue ware, the name comes from the area where the kilns were located. It’s early Song – so heading out of the more earthy Tang period.

Love the wonkey distortion of the neck of the vase on the left. A thin transparent glaze flows down the vase. 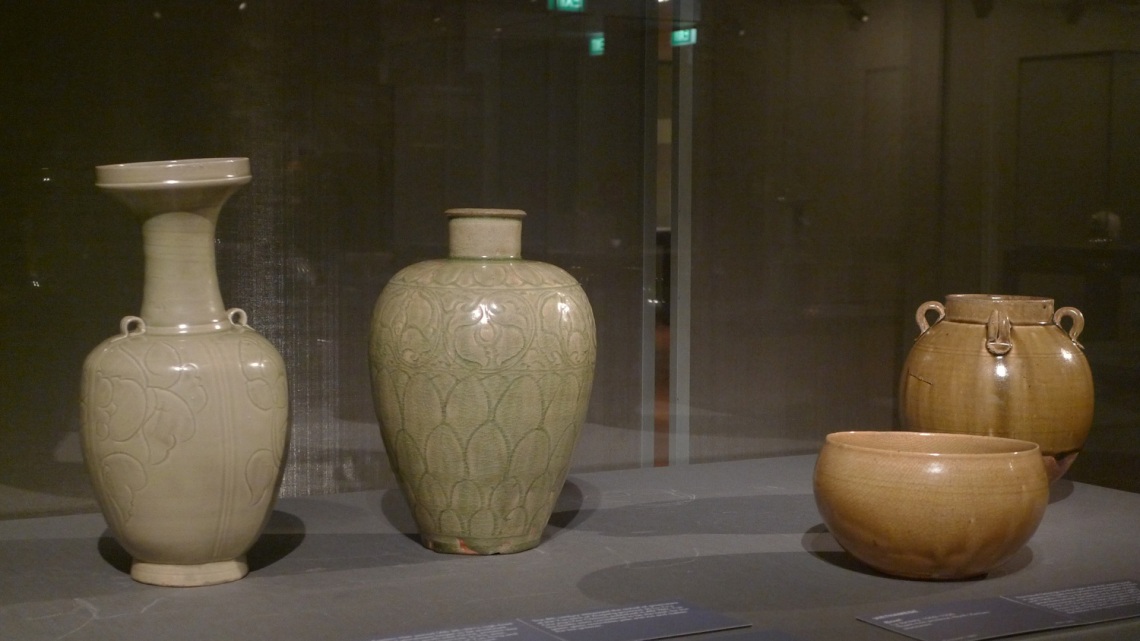