She sure captures the golden thread that is the disheveled layering of clothes on chairs that binds all us women together. Beautiful silky like red and green fabrics.

Love the way she tucks the yellow chair behind the upfront and in charge arm chair.

Grace took things from around her and used them to deal with problems. Painting problems. Formal problems. Enabling lots of experimentation.

I’d forgotten that I had based the painting below on another Grace Cossington Smith painting with a chair in it. Something about chairs. 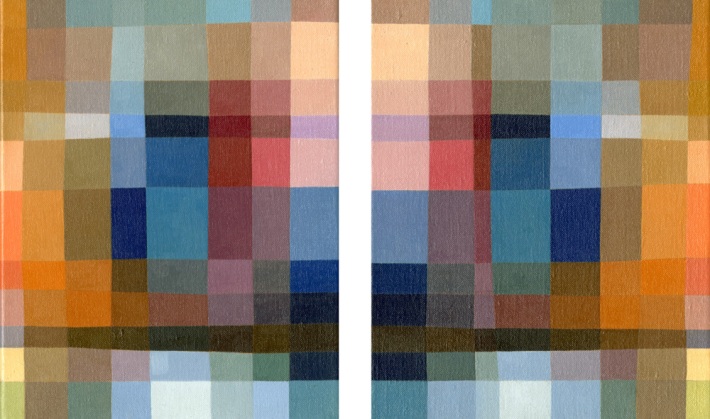