When many of his private clients abandoned him during and after the war he became the odd job man of Toorak and South Yarra. But the churches continued to support him. He said My Roman Catholic friends were always loyal to me.

I wanted to get to Trinity College Chapel at the University of Melbourne to see the platypus and possums decorating the armrests but ran out of time. I’m looking forward to seeing them in the flesh at some stage.

Although I did get to see some of his other churchly work. There’s an Anglican church down the road from where I live and I noticed in the book I’ve been reading that Prenzel did some work for them in 1913. 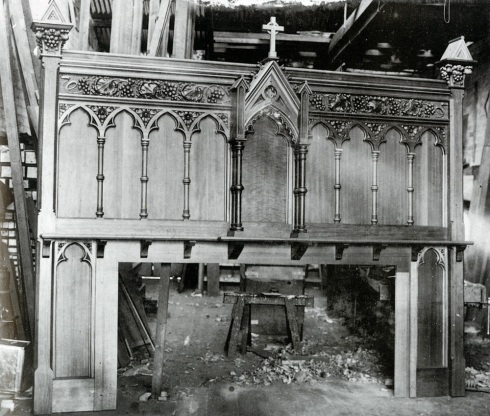 So I popped down to the church to see if was still there. And it was, although looks like the cross has fallen. 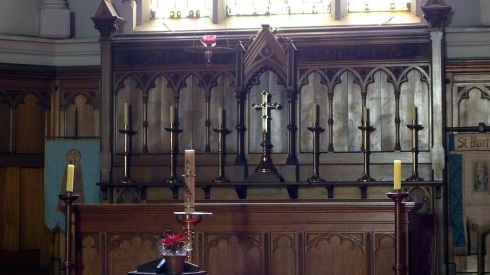