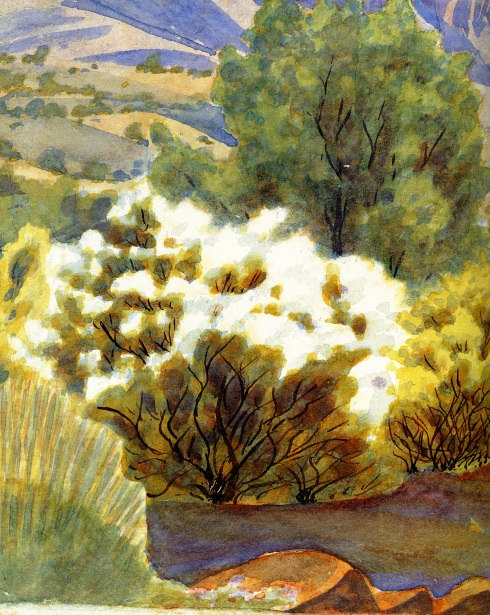 “Unless aboriginal artist Albert Namatjira overcomes his worries over white men he will never paint again”. Mr Rex Battarbee said. Mr Battarbee was speaking after a remarkable display at his home, of contemporary aboriginal, and white men’s impressions of the Central Australian scene. Namatjira, the most famous of all black painters, was no longer as forceful as he had been, Mr Battarbee said. This was because he was feeling the impact of the white man too much – notably in the wrangles over the building of a house in Alice Springs. Namatjira said to me: ‘I paid more than £400 income tax last year to the Commonwealth Government, but that same Government prevents me from building my own home on my own land with my own money,’ Mr. Battarbee said. He told me definitely that he will never paint again if this state of affairs continued.” Barrier Miner (Broken Hill, NSW 1888-1954), Tuesday 15 May 1951

Everyone was all over him. He was an insider and outsider. Loved and hated. Everything I’ve read and the images I’ve seen of Namatjira being paraded for all to see are achingly sad.

But I was speechless when I saw this.