Back to happier times for Eric Thake.

A bright and breezy juxtaposition of images and ideas.

Eric wrote on the reverse of this painting “the sort of stuff the early Italians worked on, so George (Bell) told me.” 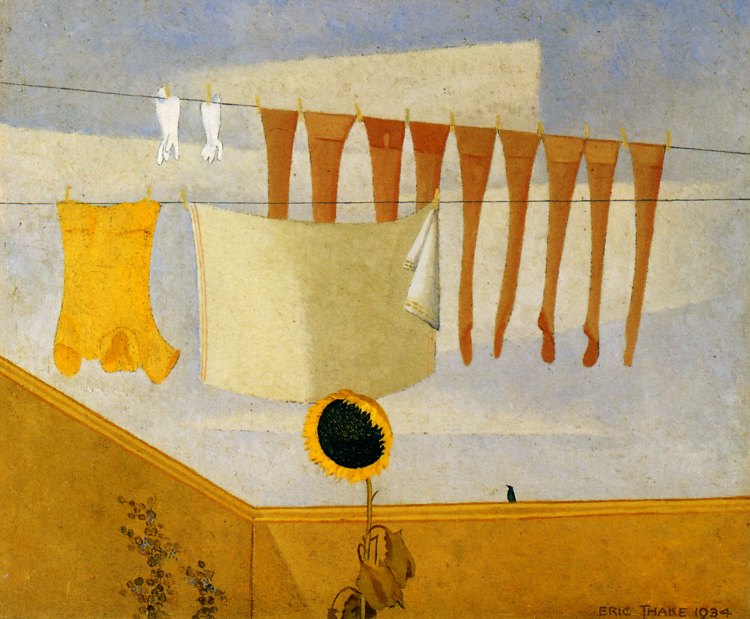 I imagine his tongue planted firmly in cheek with this one. The title was found in a dictionary under the definition for Nirvana.

Historian Mary Eagle got to interview Thake a year before he died in 1982 and found out that the propellers represent the twists of glass inside marbles.