Another chapter in The Australians by Robert Goodman and George Johnston is The Cities.

Some fun writing from Johnston.

“The lunchtime office hour is the time for a stranger to look at the Australian city. Here, below the high cranes in minuet on new clear skylines flow the faces in the streets, the element of surprise and chance encounter, and that daily expectancy of unprecedented adventures which is any city’s bonus gift. Here are entertainments formal and fortuitous, and the crisp and clashing clangour of human activities, Breughel-rich to the eye of the perceptive, and the hurrying young in the seducible arrogance of their vital, healthy, brown-skinned well-being.” 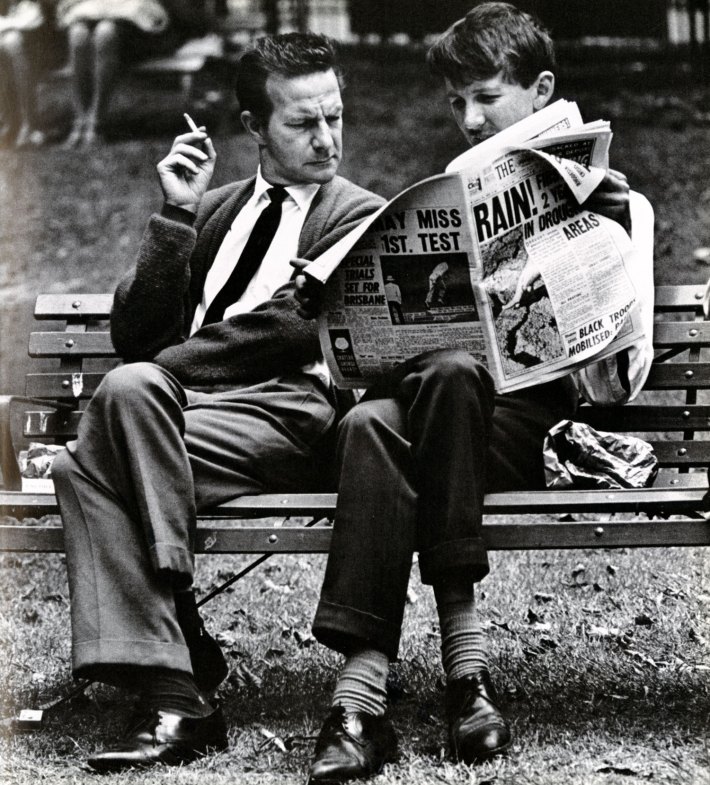 “On city corners clerks and office workers eat from brown paper bags luncheon sandwiches and meat pies adrip with sanguinary ketchup; window-shopping matrons in splendid hats chew potato crisps or lick at ice-creams, and the young and old sprawl in turfy parks to listen to symphonic music. Crowded pubs overspill to bustling pavements short-sleeved, beer-sipping men who talk of cricket scores and racetracks and watch with eyes of tentative judgement the upright, high-stepping girls go by…” 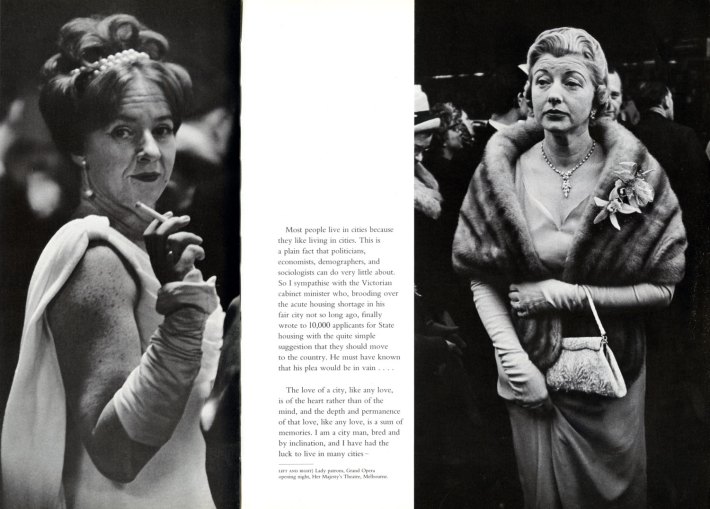