George Johnston was very positive about the state of the arts in Australia in 1966.

“A great flood of creative activity is building and spreading to all corners of our land. And it is in this fact that our true poetry lies. It swells past the hedges of suburbia, beyond assembly lines and the new blank verse of automation. Painters here are not only in the pads and flats and cottages of the cities, but scattered to the edge of the tropic cane fields and the islands of the Reef to the mountains and the old gold towns and cattle stations.”

How about this abstract painting in mime? 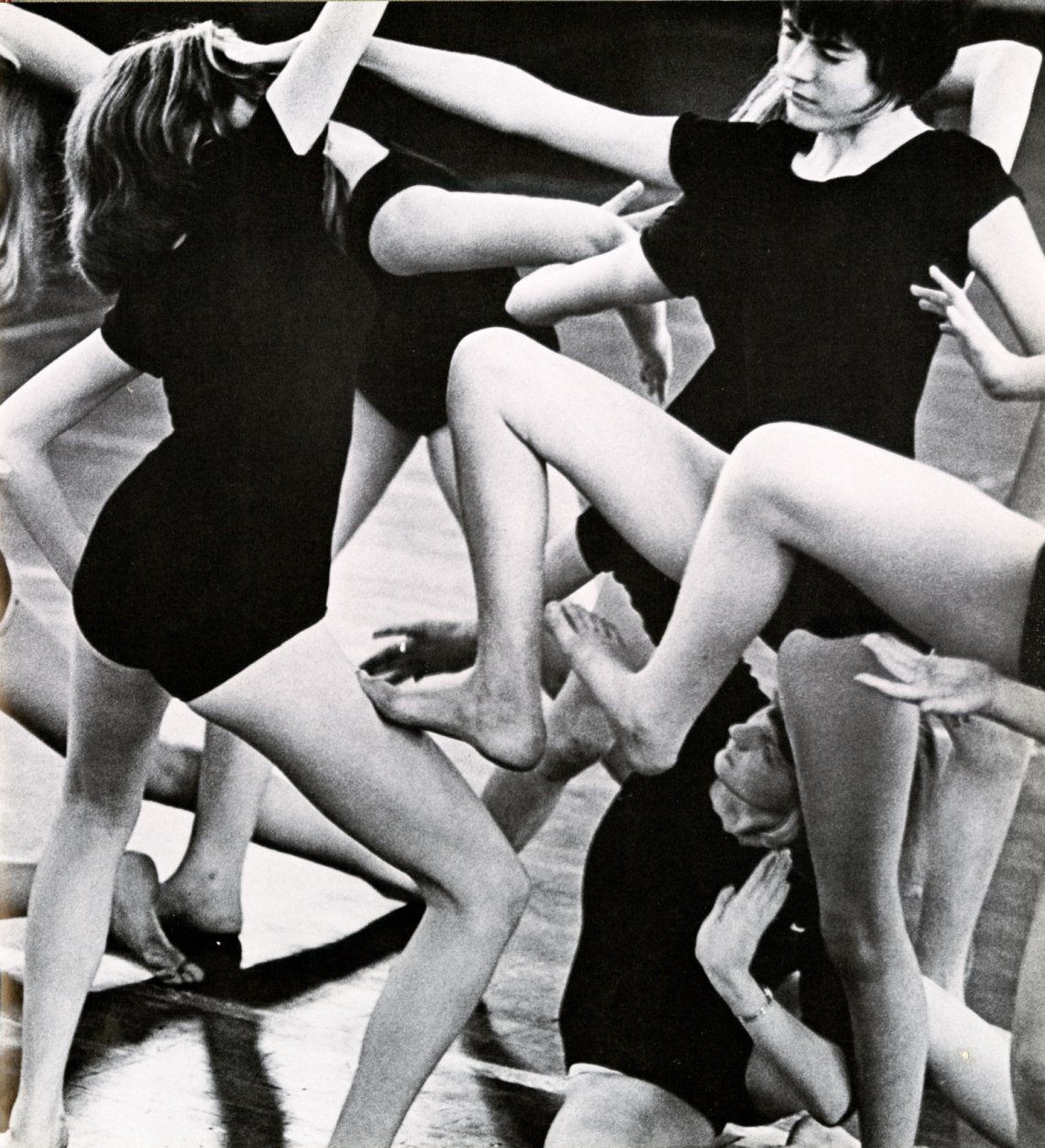 Robert Goodman provides all the technical data for the images in The Australians. Fascinating. He explains how after taking photos of Russell Drysdale, there were half a dozen frames left over. “On a whim I asked his wife to join us so I could run off the roll and give them the double portrait for their own use.” 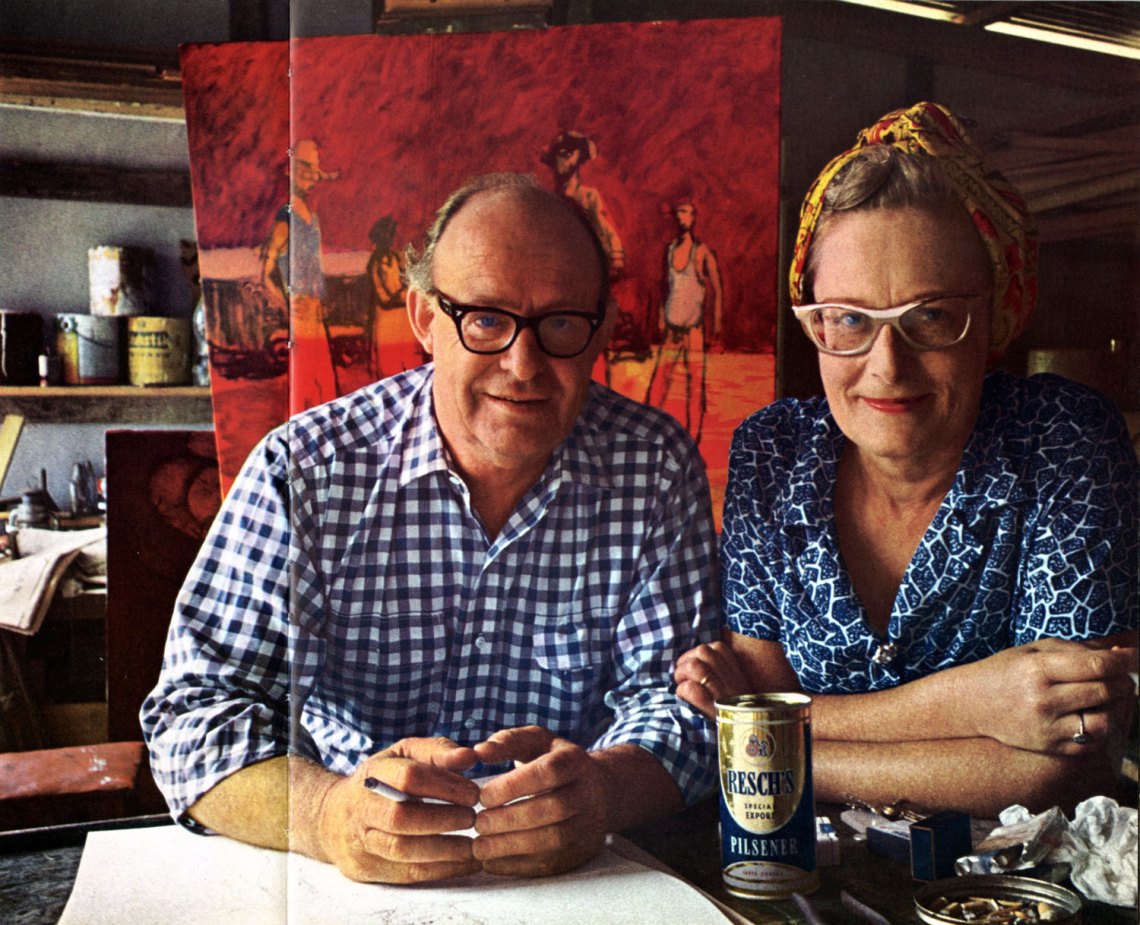 Melbourne girl Maisie studied art at the George Bell School. Two of her fellow students were Peter Purves Smith and Russell Drysdale. She married Purves Smith in 1946. He died a couple of years later. She then married Drysdale in 1964.