Many students passed through George Bell’s art school. He was a classicist finding a place in the modern world and opened a private art school in Toorak, Melbourne, in the early 1920s.

Russell Drysdale and Maisie Newbold were there. Artist Frances Burke was also there.

Burke trained as a nurse but grew up with textiles as her father was in the rag trade.

While she was studying with George Bell, Burke decided to experiment with screen printing. She recalls that Bell taught her the difference between illustration and creativity, and about colour.

Bell visited her printing studio and took an interest in her work. In one of his reviews in The Sun from 1938 he says: “The printed fabrics by Miss Burke and Mr Holloway, both in design and execution, are excellent. The designs show clever use of local motifs. Notable are those derived from the bottle brush and gum blossom.”

I suppose it’s the reason I’ve always alway been fascinated by this image. Maie Casey was a lifelong friend and commissioned Frances to design the fabric. 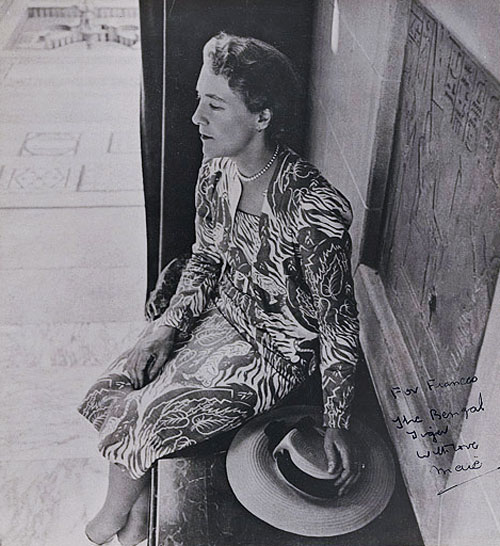 Burke said: “The art of the craftsman had been lost, and industrial artists were bringing back beauty and high standards of design objects in use in everyday life.”

Here are some swatches of her textile designs.

In the 1970s she focussed on lobbying for the recognition of women in the Australian craft and design industries.