Here is Stef studying the subtleties of Nixon’s Black cross painted in 1992. It’s enamel and acrylic on masonite.

For Nixon, it is all about the materials. Honest, workmanlike materials. Like house paint straight from the tin.

Put an axe on it, or in Nixon’s case a mallet or bowl or saw, and you have a link back to the wonderful Russian artist Kazimir Malevich. The supreme suprematist painter.

Nixon repeats the cross like a logo. Revisiting the same idea of self again and again. Variations on a theme.

My sister, Joanne, had this example of Nixon’s work in her collection of 1980s gallery catalogues. 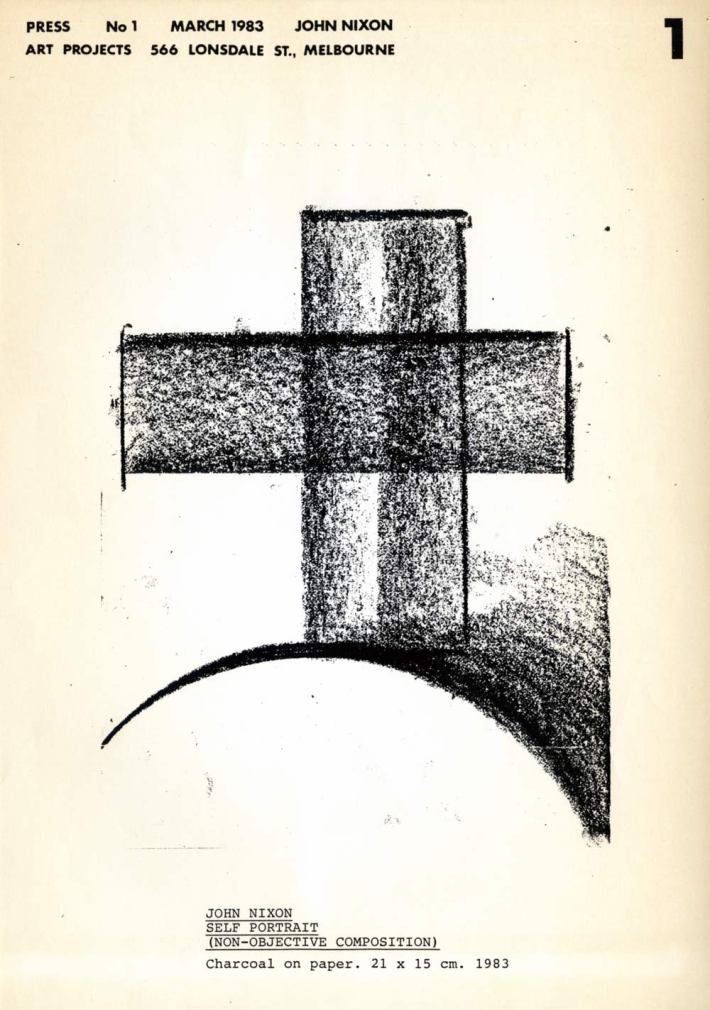 The catalogue is for a group show at Arts Projects in 1983.

The work of nine other artists’ work were also popped into this envelope. 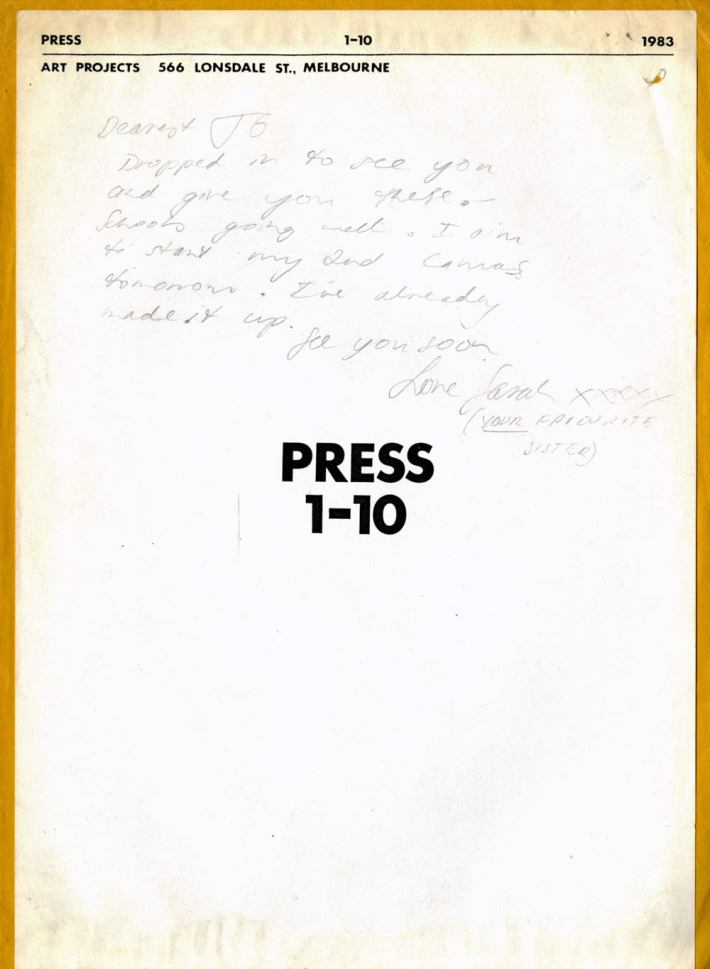